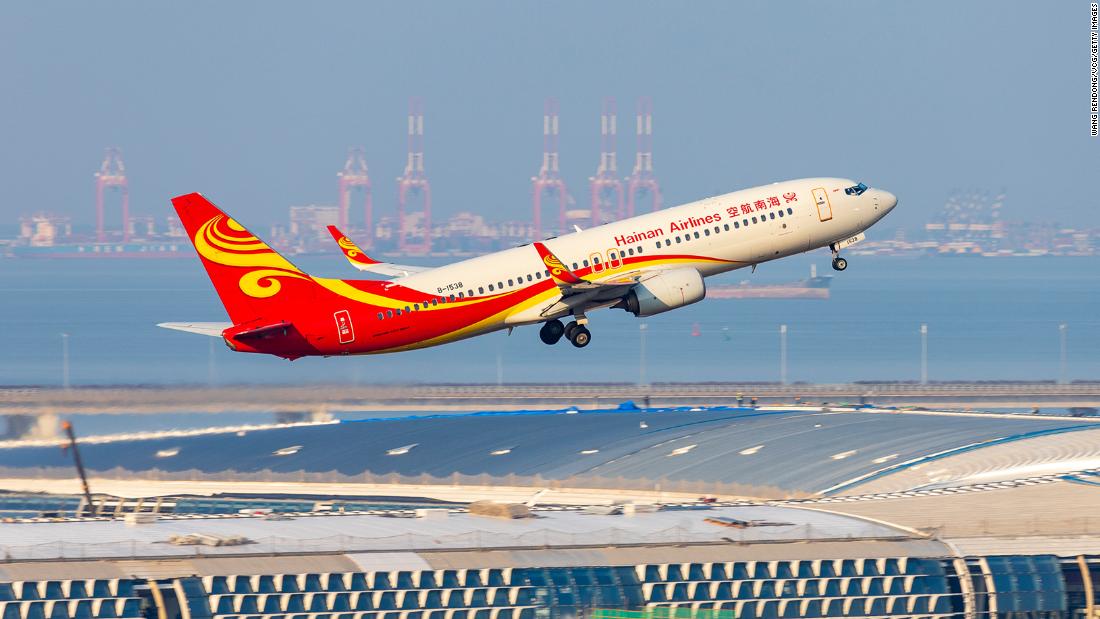 China is by far the largest and most important market for aircraft purchases. It is estimated the country will account for a quarter of commercial aircraft sales globally over the next 10 years. But in an age of US-Chinese trade tensions only 1% of Boeing’s orders since 2017 have been reported as going directly to Chinese buyers.
Aircraft deliveries to China, which happen years after plane orders are placed, are stronger, accounting for nearly 20% of Boeing’s total since 2017. But China is still one of three major global markets where the 737 Max has yet to get clearance to fly from aviation regulators. (India and Russia are the others.) And that has kept the door shut on deliveries of Boeing’s best-selling plane to the globe’s biggest market.

As a result, the share of Boeing’s deliveries going to China has been falling as most of the rest of the world started accepting the Max once again.

Boeing (BA) CEO Dave Calhoun acknowledged that China is a major problem in a recent investor presentation, grouping it alongside the Max grounding and the Covid-19 pandemic as one of three “mountains” that Boeing needed to get over. And although he said he was pleased by the progress clearing the other two peaks, he admitted China remains a challenge.

Calhoun has talked to the Biden administration and understands the broader issues at stake in negotiations with China.

“We need the two governments to want to restore some of the trade,” he said. “And I think it’s in both parties’ interests to want to do that.”

“I have confidence that will happen,” he added. “I do know that if it goes on for too long, [Boeing] pays a price.”

China has not imposed any tariffs or other trade barriers on US passenger jets. But Chinese airlines are following the direction of the government in placing their orders, said Richard Aboulafia, aerospace analyst for the Teal Group.

The trade tensions are one of the reasons that Chinese aviation authorities have been slower than most to return the 737 Max to service, he said.

“The CAAC (Civil Aviation Authority of China) does a good job keeping China’s air space safe, but it has clearly proven it’s not an independent agency,” he said.

Boeing announced Tuesday that it delivered 17 planes in May, including 10 of the 737 Max and five freighters — none to a Chinese airline or leasing company. (Boeing has not announced any orders from a Chinese airline since November 2017.) Deliveries are important because that’s when Boeing gets most of its money from the sale of a plane.

Boeing also said it had 73 new passenger jet orders for May, including 34 737 Max jets heading to Southwest Airlines (LUV), the largest purchaser of that plane to date. Boeing also had 53 orders canceled in May, the fourth straight month that new orders outpaced canceled ones.

But the company’s orders from China are likely stronger than the 1% figure that shows up in official numbers. There are likely some Boeing orders that go to unidentified purchasers that are destined to end up in China once finalized, said Aboulafia, as well as some aircraft ordered by leasing companies destined for Chinese customers.

Aboulafia said there are hopes of an eventual grand bargain between Chinese and US negotiators that will include Chinese purchases of Boeing jets. But there is relatively little in Boeing’s control on the timing of such a deal.

“This is way over Boeing’s head,” he said.

And there’s another problem for Boeing: China’s overall aircraft purchases were showing signs of slowing down even before the pandemic and recent trade tensions. That may mean the forecasts of the Chinese market accounting for 25% of aircraft purchases over the next 10 year are no longer realistic.

“China’s economic and travel slowdown predates the pandemic,” Aboulafia said. “It was showing up in the number of jets delivered to China.”
Share