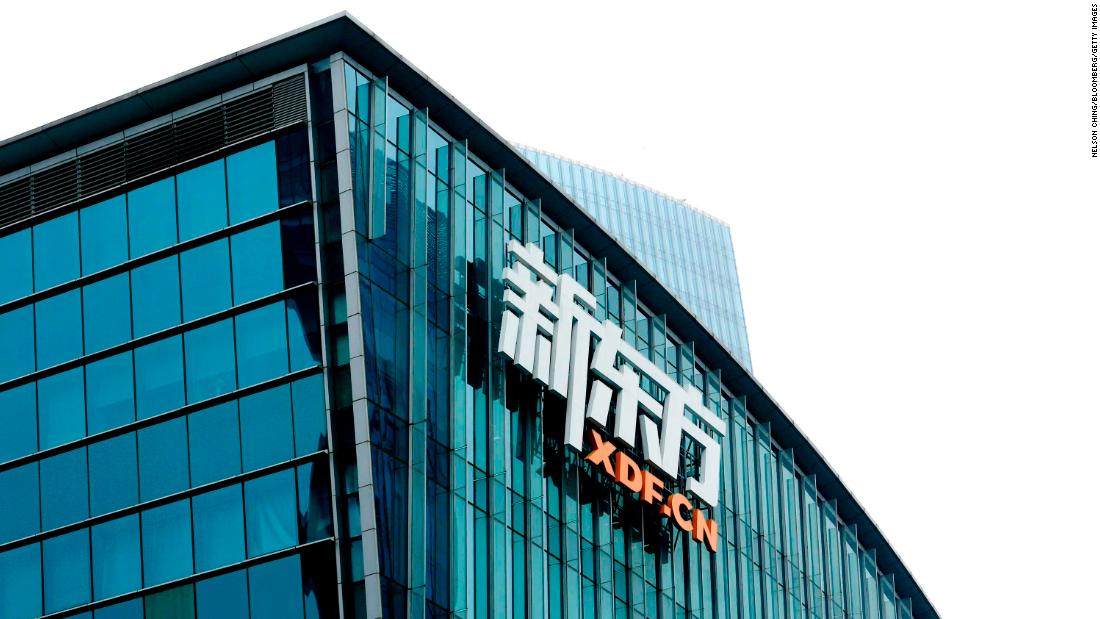 A slew of big Chinese education and private tutoring companies are reeling from new rules barring them from turning a profit or raising funding on stock markets, with some warning that the regulations will hurt their business.

The new rules, published over the weekend by China’s Ministry of Education, apply to what the agency calls “online training institutions.”

“Capitalized operations are strictly prohibited,” the ministry wrote in its order, adding that such institutions cannot obtain financing through public markets, nor can they seek foreign capital through mergers and acquisitions. “Those who have violated regulations shall be cleaned up and rectified,” it added.

The education ministry’s announcement roiled Chinese markets and wiped billions of dollars off the market value of several of the country’s major, publicly traded education firms in Hong Kong and New York.

China’s education system is heavily competitive and exam-focused, and there have been concerns for years about student overwork. Private tutoring has flourished as families have tried to give a head-start to their children by preparing them intensively for exams. The government has in the past called for a reconsideration of the country’s approach to education.

The ministry called the new rules a “comprehensive move to lower the workload and learning hours of students,” and added that it wanted to “improve the quality of after-school services.”

“Driven by utilitarianism and bound by capital, a large number of out-of-school training institutions in primary and secondary schools, especially those with a wide range of unqualified training institutions, have deviated from the purpose of non-profit education,” said Dong Shengzu, director and researcher at the Shanghai Academy of Educational Sciences, in remarks published on the education ministry’s official website.

New Oriental Education and Technology plunged nearly 50% in Hong Kong on Monday. Combined with similar losses on Friday — when reports of a crackdown on the sector first emerged — the company has lost roughly $7.7 billion dollars in market value in Hong Kong. (The stock also trades in New York, where it has suffered similarly heavy losses.)

“When the company provides educational services again, it will follow the principles and the guidelines of the order and comply with relevant rules and regulations,” New Oriental said in a statement, adding that it expects the new rules “will have a significant adverse impact” on out-of-school tutoring services.

The news shook Chinese markets more broadly on Monday, too. The Hang Seng Index (HSI) fell more than 4%, its worst day in more than a year as it was dragged down by big losses for major Chinese tech stocks. The Shanghai Composite (SHCOMP) slumped more than 2%.
New York-listed stocks for Chinese education companies have also cratered. TAL Education (TAL) crashed some 70% in the United States on Friday, losing more than $9 billion. Gaotu dropped more than 60% that day, erasing $1.5 billion in value.

All of those companies said they would comply with the new regulations.

Jeffrey Halley, senior market analyst for Asia Pacific at Oanda, wrote in a Monday research note that the crackdown on education threatens to “wipe out billions of dollars by overseas investors,” calling it “another ratchet higher in the regulatory risk landscape in China.”

The “high level of tightening policy” had not been anticipated by markets, wrote Jenny Tsai, senior equity analyst at Morningstar, in a Monday research note.

Tsai added that education giants New Oriental and TAL would likely have to spin off some businesses to meet the non-profit requirements. She added that both education providers would also likely invest in non-academic tutoring such as art, sports and music so they could remain listed.

China’s education system is heavily competitive and exam focused, and there have been concerns for years about student overwork. The government has in the past called for a reconsideration of the country’s approach to education.

The education ministry’s latest announcement comes as Beijing clamps down on other private industries — most notably tech, which has been rocked in recent month by fines and tough new regulations.

Foreign investors have been rattled by the pressures on Chinese tech, including moves that regulators made to investigate ride-hailing firm Didi just after its US IPO last month. The stock plunged after Chinese authorities banned the company’s apps from app stores after it of violating laws around collecting and using personal information.

“While we see social merit in [the education news], we do think it has the potential to further dent foreign investors’ confidence in China stocks,” wrote analysts at Nomura in a Monday note. “Bruised and shaken investors are now likely to ponder which other areas could potentially become the next target of expanded state control.”