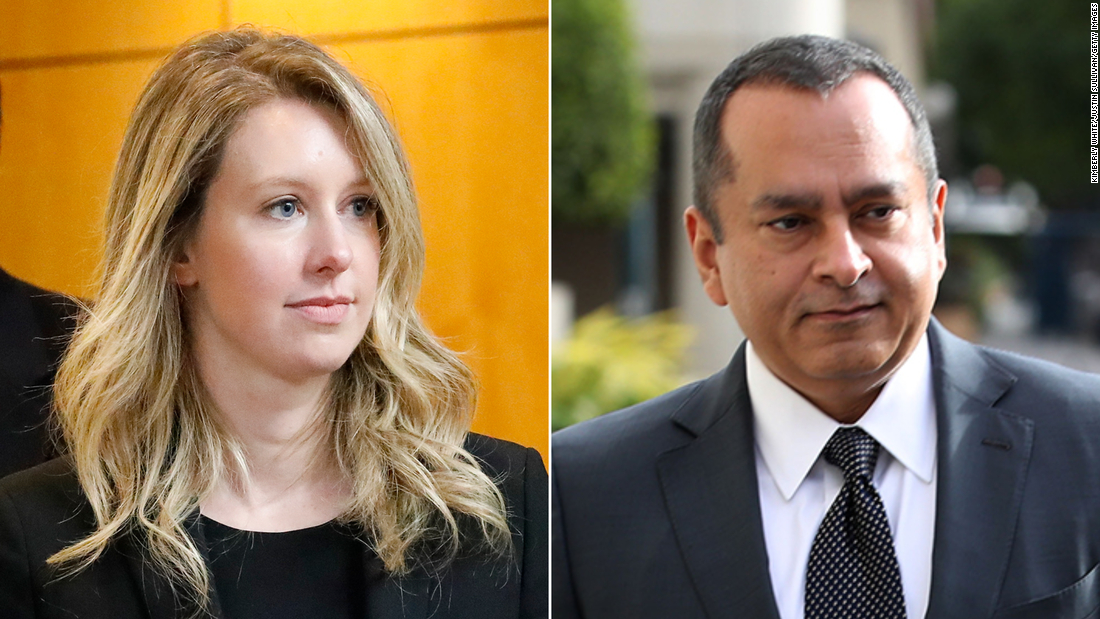 According to the newly unsealed documents, Holmes plans to have an expert testify about the psychological, emotional and sexual abuse she experienced from Ramesh “Sunny” Balwani, who served as the company’s COO, including the abusive tactics he allegedly used to “exert control” as well as the psychological impact. Balwani, according to a court filing, “adamantly denies” the claims.

Holmes is also “likely to testify herself to the reasons why she believed, relied on, and deferred to Mr. Balwani,” according to a filing from Holmes’ attorney.

In a separate filing from Balwani’s attorneys, they acknowledge Holmes’ plans to introduce evidence that Balwani verbally disparaged her, controlled what she ate, how she dressed, and who she interacted with, “essentially dominating her and erasing her capacity to make decisions.” The filing calls the allegations “deeply offensive to Mr. Balwani” and “devastating personally to him.”

These tensions ultimately led to the separating of the highly anticipated trials of Holmes and Balwani. Both were indicted more than three years ago on multiple federal fraud and conspiracy charges over allegations they knowingly misrepresented the capabilities of Theranos’ blood testing technology.

Attorneys for both Holmes and Balwani did not immediately respond to requests for comment Saturday.

The two are accused of engaging in a multi-million dollar scheme to defraud investors from 2010 to 2015, and of defrauding doctors and patients who paid for the company’s blood testing services from 2013 to 2016. They each face two counts of conspiring to commit wire fraud and 10 counts of federal wire fraud.

Holmes and Balwani have pleaded not guilty and could face up to 20 years in prison and a fine of $250,000, plus restitution for each count of wire fraud and conspiracy.

Holmes’ attorney noted in court papers that “a joint trial presents the serious risk that Ms. Holmes would revert to a pattern of compliance with Mr. Balwani,” saying that Balwani’s “presence and/or actions would trigger in Ms. Holmes significant psychological consequences” that could impact her during the trial.

Meanwhile, Balwani’s attorneys argued that the only way their client could have a fair trial would be to grant his motion to sever, allowing for two separate jury trials.

The court documents were ordered to be unsealed by Judge Edward Davila on Thursday after Dow Jones, publisher of The Wall Street Journal, moved to have the filings made public. Holmes’ attorney John Cline expressed preference to keep the documents sealed until after the jury had been selected and sworn in, ensuring that the jurors would “never be exposed” to the information prior to trail. Kelly Volkar, assistant US attorney, argued that unsealing in advance would allow the prosecution to sift out any potential prejudice in jurors. Formal jury selection for Holmes’ trial is set to begin in San Jose next week following multiple delays due to the pandemic as well as the birth of her first child.

Holmes’ defense team had previously notified the government of its intent to use expert testimony from a clinical psychologist, Dr. Mindy Mechanic, whose work focuses on the psychosocial consequences of violence, trauma and victimization.

Federal prosecutors were granted the ability to have Holmes examined by two experts — a psychologist and a psychiatrist — over two consecutive days for no more than 14 hours combined.

Holmes, a Stanford University dropout, founded Theranos in 2003 at the age of 19 with the mission to revolutionize blood testing. Inspired by her stated fear of needles, the company promised patients the ability to test for conditions such as cancer and diabetes with just a few drops of blood. Once valued at $9 billion, Theranos had a retail partnership with Walgreens and touted a high profile list of board members and investors.

Then it all came crashing down. A damning investigation by The Wall Street Journal in October 2015 called into question the capabilities of the company’s proprietary blood testing machine, Edison, as well as Theranos’ testing methods. Theranos was subsequently sued by investors for fraud and had its US blood-testing license revoked. The firm settled “massive fraud” charges with the Securities and Exchange Commission and ultimately dissolved in September 2018.
Balwani, a former software executive, joined Theranos in 2009, becoming Holmes’ second-in-command. Nearly 20 years Holmes’ senior, the pair had met in 2002 on a trip to Beijing through Stanford University’s Mandarin program.

Balwani’s case is slated to begin in 2022 after the completion of Holmes’ trial.