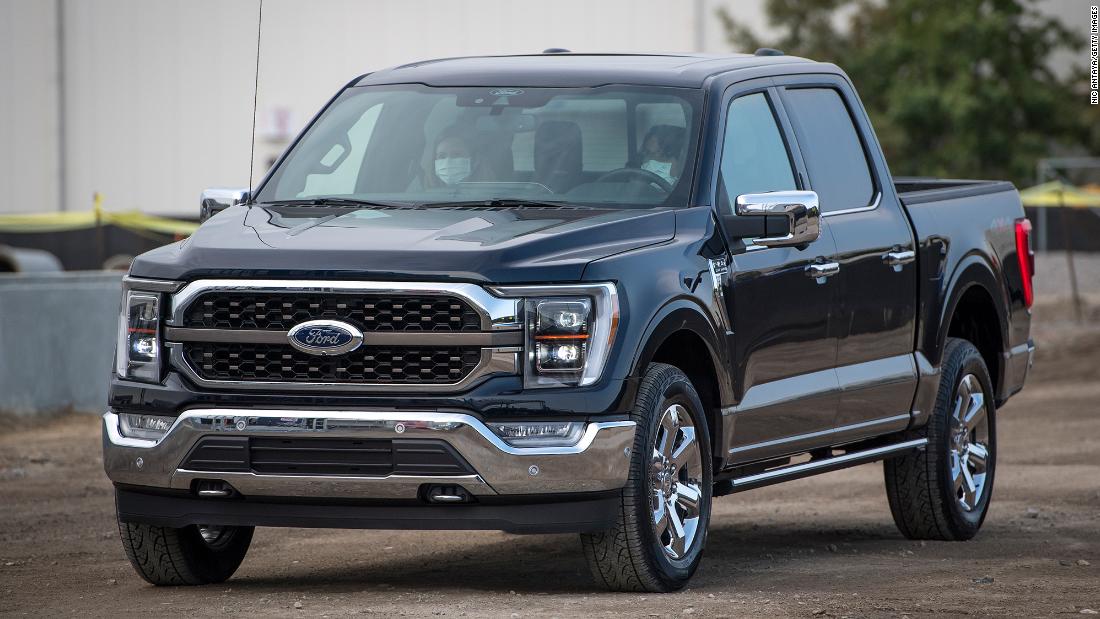 Since the chip shortage started, automakers committed to using the chips they have on hand to keep building their most popular vehicles. But now, Ford (F) and Stellantis are having trouble delivering completed pickups to their dealers.

“They have tried very hard to allocate the chips they get to high-demand and high-profit margin vehicles,” said Michelle Krebs, senior analyst at AutoTrader. “But clearly that’s being the challenged right now.”

Ford announced it has started building the nation’s best-selling vehicle, the F-150 pickup, without some of the chips it needs. It will park those unfinished trucks while they await the arrival of the missing chips, rather than shipping them to dealerships.

The company has also temporarily shut down one of three shifts at the Kentucky Truck plant where the full-size Expedition and Navigator SUVs are built, as well as the Super Duty pickups.

Stellantis, the automaker formed by the merger of Fiat Chrysler and France’s PSA Group, is doing the same with the Ram 1500 Classic pickup, a base version of that truck.

The good news for Stellantis is Ram pickup sales may not get dinged, or at least not right away. Krebs said Stellantis has an excess supply of the Ram 1500 Classic — about 143 days’ worth. That compares to an average of a 59-day supply for full-size pickups across the industry.

The chip shortage has been hurting automakers around the globe. Automakers cut back computer chip orders early last year when the pandemic caused temporary plant closures and slammed the brakes on auto sales and production. Electronics manufacturers, which enjoyed strong sales during the pandemic, happily snapped up the excess supply.
But when car sales bounced back sooner than expected, it left the industry struggling with a chip shortage.

The average car has between 50 to 150 chips in it. Some chips can be used in many different models, which has allowed the automakers to keep up production of trucks and SUVs until now. But there are other chips that are specific to each kind of vehicle.

General Motors and Ford have both warned investors that the chip shortage will reduce their 2021 earnings by more than a billion dollars.
Krebs said automakers are also running into problems because of delays at the nation’s ports, which is preventing container ships from unloading shipments of auto parts. These problems taken together could limit US auto sales, she said.

“The supply chain is pretty fragile,” she said. “We have a conservative sales forecast due to the tight inventories.”

GM (GM) has kept three plants in North America shut down since early February, and the automaker said they will remain closed at least into next month. Those plants don’t build full-size pickups or SUVs, but the chip shortage has led GM to tinker with its big vehicle lineup, too.
Last week GM confirmed that would build some versions of the Chevrolet Silverado and the GMC Sierra without a fuel management module that improves mileage by about 1 mile per gallon. The chips cannot be added to the trucks after the fact, so they will be shipped to dealerships without the chips.
Share