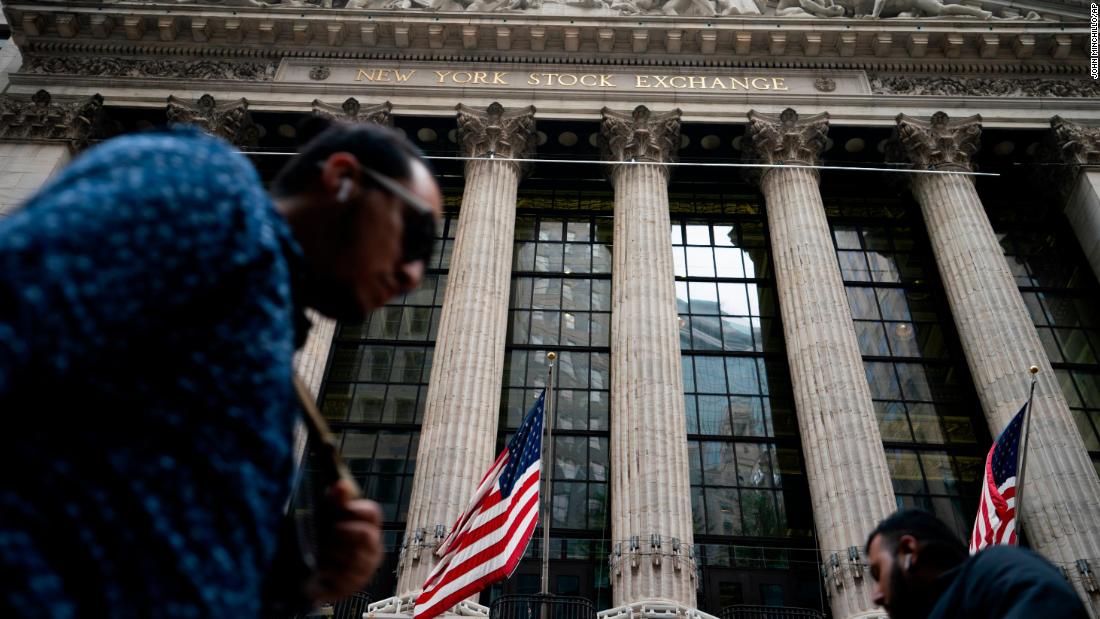 “The market is tip toeing forward lost as it is in the fog and trying to find its way,” Sebastien Galy, senior macro strategist at Nordea Asset Management, said in a research note.

Investors may be about to get some direction, however. Earnings season kicks off in earnest on Wednesday, with quarterly reports from JPMorgan Chase and Delta Air Lines providing insight into recent consumer behavior.

The US consumer price index for September will also be released before the opening bell. Economists predict that inflation remained at high levels during the month due to stretched supply chains and rising energy costs.

Later on Wednesday, investors will get a look at minutes from the Federal Reserve’s most recent meeting in September. The report will be scoured for clues on when the central bank will roll back its stimulus measures.

Stepping back: The fresh data, combined with more earnings reports later this week, should give investors a much clearer picture of the economy.

“The period of volatility is continuing in the stock market, but time should gently soothe the frayed nerves,” said Galy.

Getting more data is one thing. But there’s no guarantee that investors will like what they find.

Supply chain snafus: Moody’s Analytics warned on Monday that supply chain disruptions “will get worse before they get better.”

“As the global economic recovery continues to gather steam, what is increasingly apparent is how it will be stymied by supply-chain disruptions that are now showing up at every corner,” Moody’s wrote.

See here: Apple (AAPL) is likely to slash its projected iPhone 13 production targets for 2021 by as many as 10 million units, according to Bloomberg. Why? Because suppliers are struggling to secure enough components.

Investors will be paying close attention to earnings reports and executive comments in the coming weeks, looking for more evidence of supply chain disruption eating into corporate profits.

The White House is trying to get a handle on the problem. The Biden administration will work with companies and ports on a “90-day sprint” to alleviate bottlenecks, according to a senior administration official.

The Port of Los Angeles will move to 24/7 service, bringing it into line with operations at the Port of Long Beach, which is already working on a 24/7 schedule, the official said. Those ports handle 40% of US container traffic.

The other big focus will be inflation. Investors will want to know whether supply chain issues, rising energy prices, and higher wages are pushing up costs for companies, and to what degree businesses are passing those costs onto consumers.

The big risk: Central banks are betting that inflation will ease over the coming months, and they could be forced to pull back stimulus earlier than expected if prices remain elevated.

“There is … a risk that transitory pressures could become persistent and central banks may have to take preemptive action,” the International Monetary Fund warned in its World Economic Outlook on Tuesday.

“What [central banks] have to watch out for is the second-round effects [with] these increases in energy prices feeding into wages and then feeding into core prices. That’s where you have to be very, very vigilant,” IMF chief economist Gita Gopinath told the Financial Times.

The world needs a much more ambitious plan to save the climate and achieve net-zero emissions by 2050, and investors have a major role to play.

“We are not investing enough to meet future energy needs, and the uncertainties are setting the stage for a volatile period ahead,” IEA Executive Director Fatih Birol said in a statement.

The task at hand: Birol said that in order to reach net-zero emissions, clean energy investment needs to more than triple over the next decade.

About 70% of that spending should happen in developing economies “where financing is scarce and capital remains up to seven times more expensive than in advanced economies.”

Up next: The IEA is pushing for more aggressive climate action as world leaders prepare for the crucial COP26 summit in Glasgow in November.

“The way ahead is difficult and narrow, especially if investment continues to fall short of what is required,” the IEA said in its report.

The investment surge required will largely be “carried out by private developers, consumers and financiers responding to market signals and policies set by governments,” the agency said.

There needs to be “an unmistakeable signal from Glasgow,” the IEA added.

“Squid Game” — a fictional drama from South Korea — is Netflix’s “biggest-ever series at launch,” the streaming company tells CNN Business.
The dystopian series, in which contestants who are deeply in need of money play deadly children’s games to win cash prizes, has been viewed by 111 million accounts since debuting on Netflix (NFLX) September 17.

The series is No. 1 on Netflix’s Top 10 lists in 94 countries around the world.

The numbers speak to the sheer size of “Squid Games'” popularity and the speed at which it took off. But ratings data from all streaming services comes with some important caveats.

For starters, these numbers are from Netflix itself and have not been vetted by any outside sources. Also, that 111 million figure doesn’t mean everyone watched the series from start to finish. It is based on Netflix’s metric of accounts watching at least two minutes of the series.

Still, the series is a massive hit, and further proof that shows from outside the United States can score big with global audiences.