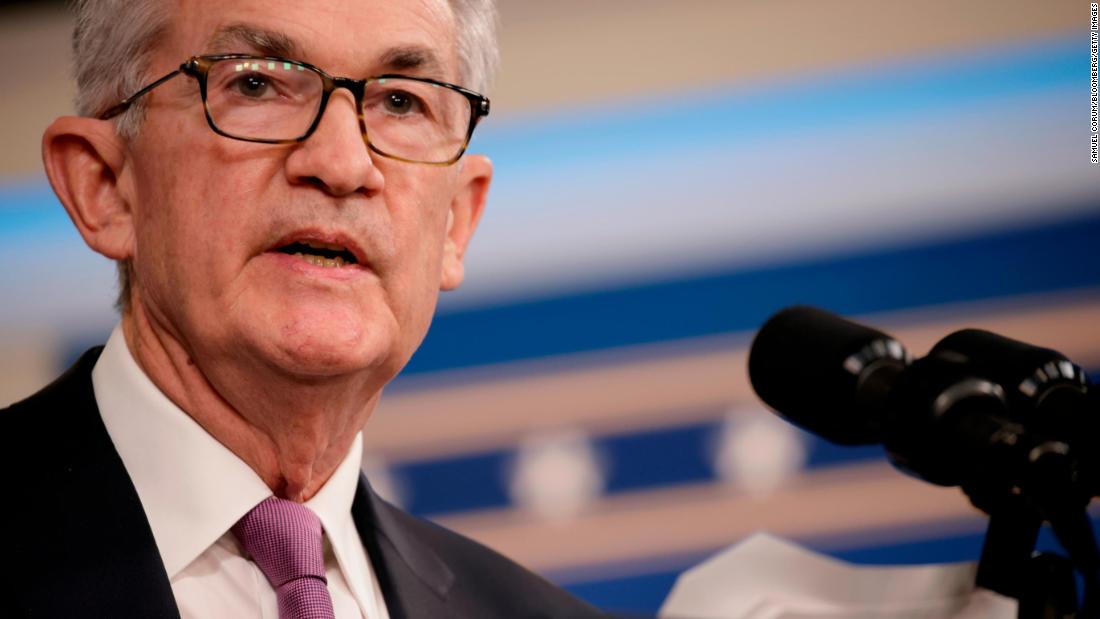 What’s happening: On Monday morning, Biden formally announced his intent to nominate Powell to a second four-year term, opting for continuity at an uncertain moment. Lael Brainard, Powell’s top rival for the job, will be tapped as vice chair.
In the face of a once-in-a-century pandemic, Powell’s first term has been undeniably difficult. Should he receive Senate confirmation, his second term could be even more challenging.

“We’re starting off in a pretty shaky world economically,” Yiming Ma, a finance professor at Columbia Business School, told me.

The chief reason is inflation, which is rising at the fastest clip in three decades.

Powell now has to decide the pace at which the Fed removes crisis measures designed to stimulate the economy during Covid-19 lockdowns. It’s a delicate process. Wait too long to act, and controlling inflation becomes much harder. Move too soon, and he risks jeopardizing the recovery in employment.

“In some sense, you could argue that the timing of tightening policy — how fast and how far you tighten — is a way more difficult decision than the decision to ease policy, especially when you were confronted with a pandemic in which you break out the emergency playbook,” Deutsche Bank senior US economist Brett Ryan told me.

The Fed has already laid out a schedule for rolling back purchases of bonds, one of the key tools it used to ease access to credit during the pandemic. The big question now is how soon it will raise interest rates.

“The pace and the timing of this rate hike cycle will be very important in the first two years of this new term,” Ma said.

More than three-quarters of investors now think rates will have been increased from near-zero following the Fed’s meeting in June 2022, according to CME Group’s FedWatch tool. Goldman Sachs predicted Monday that the Fed will stick with its plan to gradually lift interest rates beginning in July.
It’s not the only changing dynamic Powell will face. Deutsche Bank’s Ryan emphasized that he’ll also be contending with a new leadership team. Biden still needs to fill three board seats. The regional Fed presidents in Boston and Dallas also stepped down recently in the wake of an ethics scandal tied to their trading activity.

“He’s going to be dealing with a whole new suite of people,” Ryan said.

The political environment has changed, too. Congress granted Powell enormous leeway to act in 2020. This time around, he could face closer scrutiny, especially given that inflation may be a contentious subject ahead of the 2022 midterm elections.

The Fed’s approach to dealing with the climate crisis and economic inequality is also generating greater attention, as central banks around the world debate whether they can, or should, use monetary policy to intervene on these issues.

Climate risks and inequality “will be more in the conversation,” Columbia’s Ma said. “In terms of how much that translates into actual policies … I think there’s a bit more uncertainty there.”

The United States is releasing 50 million barrels of oil from its strategic reserves in a bid to combat rising oil and gas prices ahead of the busy holiday travel season.

The latest: The White House said that it was coordinating with China, India, Japan, South Korea and the United Kingdom, amplifying the impact of the move.

The prospect of the United States and other nations releasing emergency barrels had already helped to lower oil prices. After topping $85 a barrel in late October, US oil prices have declined about 10%.

That in turn has helped put a lid on surging gasoline prices, which have become a political problem for President Joe Biden. The national average is $3.40 a gallon, a hair lower than a week ago, according to AAA.

Some Democrats in Congress are pushing Biden to go even further, urging him to also ban US oil exports.

“We must use all tools at our disposal to bring down gasoline prices in the short term,” House members led by California Rep. Ro Khanna said in a letter on Monday.

Step back: Machinations by the White House could help bring energy prices down in the short term and lend some immediate relief. But longer term, under-investment in oil production is expected to keep prices elevated.

Shares of electric vehicle maker Rivian have soared to unbelievable heights since the company made its Wall Street debut earlier this month. But they’re not invincible.

The stock plunged as much as 17% on Monday after the company said that it’s no longer working with Ford to jointly develop vehicles, my CNN Business colleague Chris Isidore reports. It closed 8% lower. Shares are down another 3% in premarket trading Tuesday.
Rivian and Ford (F) both issued statements saying that needs had changed since the original collaboration was announced, but emphasizing that Ford remains a major investor in Rivian. The automaker holds roughly 12% of outstanding shares.

Remember: Rivian has generated immense hype even though it has yet to report any revenue from sales of its electric trucks. The company is now valued at nearly $101 billion, roughly $19 billion more than Ford.

But much of the enthusiasm surrounding Rivian is tied to its partnerships. In addition to its relationship with Ford, it has a deal to deliver 100,000 vehicles to Amazon by 2025. This is a reminder that should the nature of those agreements change, the company’s larger-than-life stock price looks vulnerable.

Coming tomorrow: A whole lot of US economic data before the Thanksgiving holiday. Watch for details on new home sales and inflation, as well as the minutes from the latest meeting of the Federal Reserve.