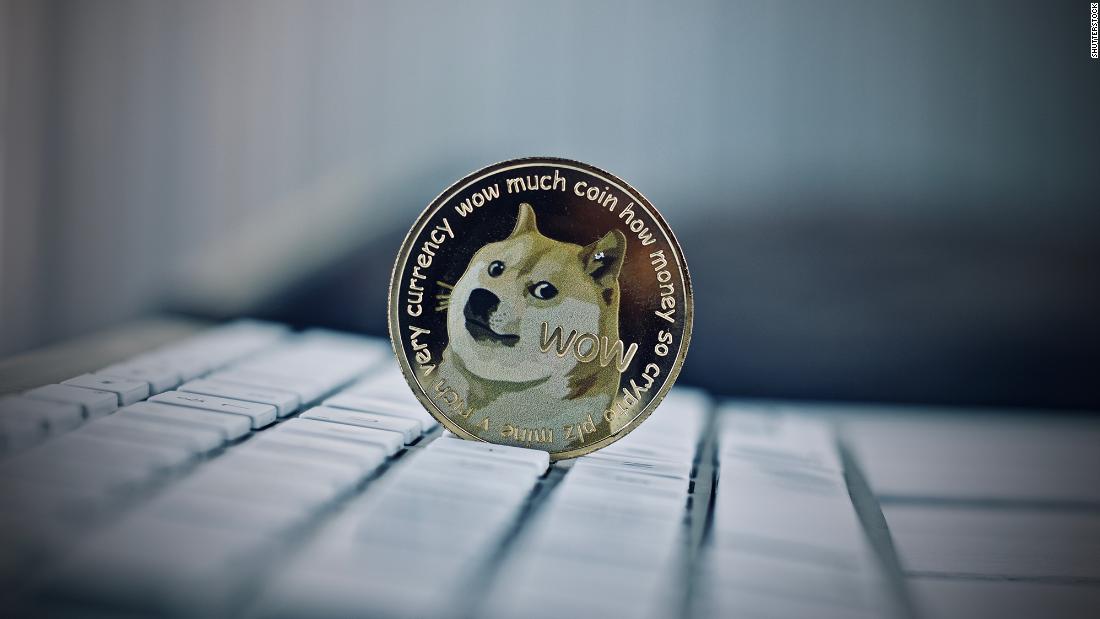 The 27-year-old office manager in Madison, Wisconsin, had put all of his investments into cryptocurrencies, including bitcoin, ethereum and dogecoin, a joke coin whose rapid ascent he considered entertaining if “ridiculous.” That alarmed his father, an experienced investor.

“He knew I had all my money in there and he was just like, ‘I’ve seen this before with the dot-com bubble crash, and I don’t want to see you lose thousands of dollars,’ ” McGurn told CNN Business.

He heeded the warning and sold his crypto holdings in the middle of last month, just as a massive rout was taking hold. Many digital coins ultimately lost almost half their value, or more.

McGurn is part of a legion of investors who are new to cryptocurrencies. Drawn in by the huge gains that started in late 2020 or excitement around dogecoin, they entered the market looking to make some quick money or to avoid missing out on the next big thing.

Now, on the heels of their first major sell-off, some are swearing off crypto investing for good, while others are determined to hold on, confident in its promise.

“I don’t want to panic out of something I just ventured into,” said Akshaya Parthasarathy, a 24-year-old living in Chennai, India.

After a lackluster few years, bitcoin took off last December, quickly notching a string of record highs as risky investments soared following the US election. The mania accelerated when Tesla (TSLA) announced that it would begin accepting bitcoin payments for its cars. Other top companies, including Mastercard (MA) and BNY Mellon (BK), the oldest US bank, said they were expanding into crypto, signaling growing mainstream acceptance.
Amateur investors took notice — including many who were hunting for the next internet obsession after dabbling in GameStop (GME) in late January. In the first three months of the year, 9.5 million people traded cryptocurrencies on the Robinhood app popular among young investors, up from 1.7 million the previous quarter. Crypto platform Coinbase reported 6.1 million active retail users in the first quarter, more than double the last three months of 2020.

The mood only got more frenzied from there. Dogecoin, a cryptocurrency inspired by an internet meme featuring a shiba inu dog, began skyrocketing in April, ultimately hitting an all-time high of nearly 74 cents last month. That attracted even more speculative investors, some of whom placed additional bets on spinoffs that have no practical use and are known in the crypto community as “shitcoins.”

After reading success stories online or hearing them from friends, new traders “didn’t want to miss out,” said Lisa Kramer, a professor of finance at the University of Toronto who studies investor behavior.

Then came the crash. The market lived up to its volatile reputation, imploding after Tesla CEO Elon Musk, whose cheerleading fed the rise in dogecoin, tweeted that Tesla will stop accepting bitcoin payments due to concerns about the environmental impact of mining them. The resultant sell-off ultimately wiped more than $410 billion off the market value of bitcoin and nearly $25 billion off dogecoin.

But some crypto fans remain devout. In fact, small investors in bitcoin — defined as those holding between $37 and $37,000 — increased their holdings from nearly 4.8% to more than 5% of total supply during the recent sell-off, “suggesting increased interest as prices [declined],” according to data from researcher Glassnode.

On internet message board Reddit, the faithful have been encouraging each other to “buy the dip” so they can lock in future gains. Some have been rewarded; dogecoin, which during the recent sell-off fell as low as $0.22, rose back above $0.40 this week after Coinbase announced the launch of trading for users of its Pro service, though its price remains highly unstable.

According to Kramer, there’s a term in academia that can help explain this phenomenon: the “disposition effect.” Research shows that investors feel pain associated with portfolio losses more acutely than gains, and tend to fixate on the price at which they bought an asset. That often serves as a roadblock to offloading poor investments.

“This tendency to hold on to the poorly performing securities can end up continuing to cost the investor,” Kramer said. “Investors often make decisions based on gut instinct, but that can really lead them astray.”

Many crypto investors say they’re still involved because they believe in the technology. Parthasarathy, who recently left her job to pursue a master’s in data science, used to be a crypto skeptic, but was intrigued by all the action surrounding dogecoin and started reading up online.

She ended up investing a small amount in ethereum, as well as hedera hashgraph and polygon, two tokens popular on Reddit’s main cryptocurrency forum. Before long, she was checking the WazirX app used to trade crypto in India “almost every five minutes.”

And though Parthasarathy admits the past few weeks have been gut-wrenching, she plans to stay invested.

“I’m seeing it as a long term thing, and I’m going to keep putting more money into it,” she said, adding that she only invested what she’d be willing to lose.

Rebecca Robinson, a 28-year-old student in San Diego who works part-time as a line cook, lost a few hundred dollars after Musk sent the market into a tailspin. She’s still putting 10% of her paychecks into crypto, including ethereum and the smaller coins cardano and algorand.

“People treat the coins like they’re sports teams,” she said. “If you have a lot of people who [say], ‘Yeah we believe in this coin!’ they’re not going to sell when it drops, and that’s cool.”

But she’s no longer relying on margin trading, which allows investors to borrow funds so they can make even bigger bets.

McGurn, who started trading crypto in late 2020, is also thinking about investing differently following the market’s recent collapse, even though he narrowly got out before losing money.

“It was kind of a wake-up call for me,” he said. “It’s good to have a little bit in speculative investments, but I can’t risk my life on this.”

McGurn said he’s now planning to park his money in Apple (AAPL) or Amazon (AMZN) stock, which he sees as “more solid” choices — though he did repurchase one ethereum coin.

“It’s just stupid,” he said. “I’m never going to have as much invested in crypto again.”