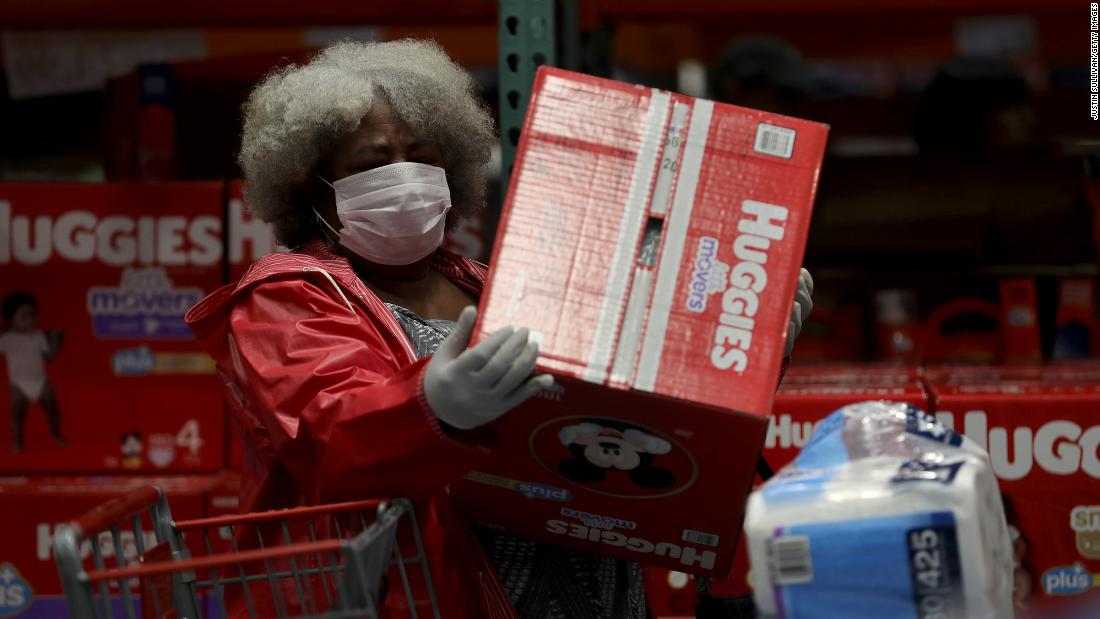 Disposable diaper prices rose 8.7% during the year ending April 10, according to the latest numbers from NielsenIQ, which tracks point of sale data from retailers. Diaper makers recently said they are planning additional price increases, which may further stretch low-income families’ budgets if stores choose to pass on the hikes.
Kimberly-Clark (KMB), the maker of Huggies and Pull-Ups, will increase prices on these products by mid-to-high single-digit percentages in June, while Procter & Gamble (PG)— which manufactures Pampers, Luvs and All Good diapers — will raise prices on such brands in the mid-to-high single digit percentage range in mid-September.

Diapers were already a major cost burden for families.

It costs around $80 a month to provide diapers for one child, and one in three American families struggled to afford diapers even before the pandemic, according to Joanne Goldblum, chief executive officer of the National Diaper Bank Network.

Demand for diaper banks has surged during the pandemic. The non-profit group, which has a nationwide network of over 200 diaper banks, reported an 86% increase on average in the number of diapers distributed to children and families during the pandemic compared to pre-pandemic figures.
Federal food assistance programs such as Supplemental Nutrition Assistance Program (SNAP) and Women, Infants and Children (WIC), which provides aid to low-income women who are pregnant, breastfeeding, or have young children, cannot be used to purchase diapers. Thirty-six states charge sales tax on diapers, according to the group. The tax can range from 2.5% in Virginia to 7% in Indiana, Mississippi and Tennessee.

“It’s going to be harder. No doubt,” Goldblum said of low-income families’ ability to afford diapers. “Anytime there’s an increase in the cost of basic necessities, it impacts people living in poverty at a more considerable rate.”

Assuming the average monthly diaper bill is $80, diapers take up almost 8% of a full-time federal minimum wage salary of $7.25 an hour after taxes, according to Jennifer Randles, an associate professor of sociology at California State University, who studies diaper needs among families.

Randles said higher prices on diapers disproportionally impact women. “Higher prices [on diapers] hit women harder because they’re more likely to be solo parents, they tend to make lower wages, and they’re more likely to lose or cut back on work hours for childcare needs.”
There were 9.5 million single-parent households in the United States in 2020, according to the Census Bureau, and single-mother led households made up more than 80% of such households.

The reason behind diaper price hikes

So why are prices rising? It’s simple: producers want to offset higher input and raw material costs so their margins don’t get squeezed.

Commodity prices have been rising, thanks to high demand for products, supply-chain disruptions and surging shipping costs. All these price hikes are now coming home to roost — in consumers’ wallets.

Rising prices for diapers come as millions of US families grapple with the economic effects of the pandemic.

Nearly 10% of US families — 8.1 million to be exact — included at least one unemployed family member last year. That was double the number from 2019, when 4.9% of families confronted unemployment.

While many people have been able to find employment again as the economy began to reopen, the extreme joblessness of the last year has put a serious dent into family finances. For some, that made it harder to afford essentials and other household needs.

Some parents also had to drop out of the workforce in the pandemic to care for their children.

As many schools shifted to remote learning to keep children safe during the height of the pandemic, many parents — often mothers — were forced to leave the labor force in order to support younger family members’ learning.