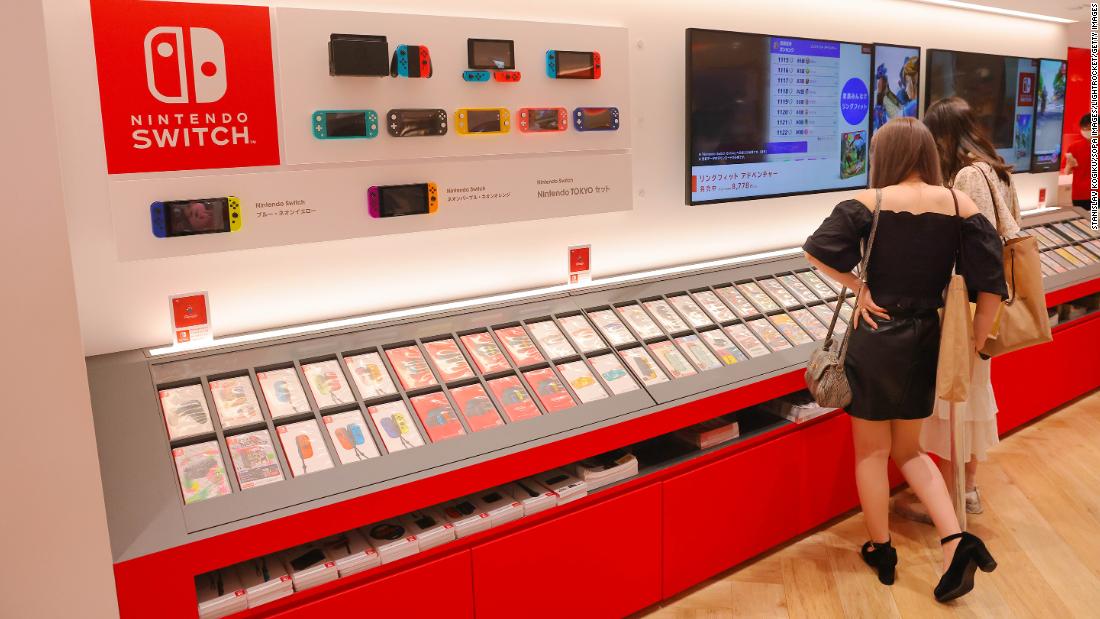 The Japanese company said Thursday that sales fell nearly 10% in the quarter ended June, a sign that fewer people stayed at home to play video games as some countries around the world began to reopen.

Operating profit dropped more than 17% to 119,752 billion yen (about $1 billion) compared to the same time a year ago, as sales of its Switch consoles slumped.

During the quarter, 4.45 million units of Switch hardware were sold — about 22% down from the 5.68 million recorded the previous year.

While the company’s flagship device, the Nintendo (NTDOF) Switch, still eked out an approximate 8% increase, sales of its cheaper cousin, the Switch Lite, more than halved.
The Kyoto-based company blamed “factors such as logistics delays caused by Covid-19 and the impact of the semiconductor shortage on production” for hampering its business. It noted that last spring, it “had relatively plentiful inventories for Europe and North America,” despite also encountering some manufacturing issues at the time.
Software sales also took a hit in the latest quarter. “Animal Crossing: New Horizons” — the Switch title that was a breakout sensation of the pandemic — was no longer the star, with only 1.3 million copies sold, compared to 10 million the same time the previous year.
The game, which is set on an idyllic island and allows users to fish, catch bugs and play with friends on the beach, was a best-seller for many months, accounting for as much as 40% of Nintendo’s total self-branded software sales last year.
Now, the story is very different. “If we exclude the impact of ‘Animal Crossing: New Horizons,'” software sales still “exceeded those of the same quarter last year,” the company said in a statement Thursday.
Until recently, Nintendo had been a huge winner of the pandemic-hit economy as people turned to its games and devices to help them stay entertained at home.
The company had consistently posted one blowout quarter after another, with profits jumping 400% at times.

But it had also been dogged by concerns of how long it could keep its hot streak going, particularly as the world started to look past the pandemic.

Last month, the firm announced it would unveil a new console this fall. The Nintendo Switch OLED model, which offers users an updated display of its flagship device, will be released in October.