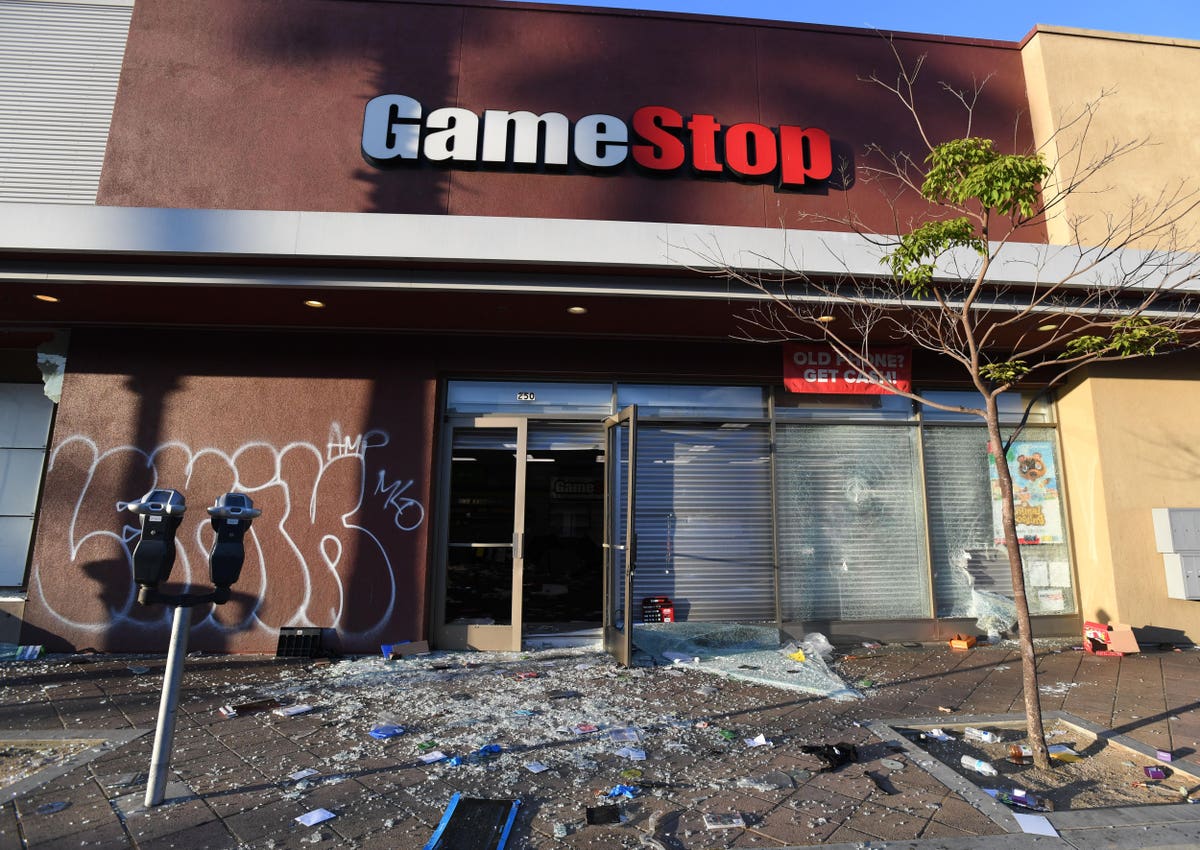 That old gravitational pull for stocks hasn’t disappeared. It’s called reversion to the mean—and it’s not a lot of fun for investors in high-flying shares whose fundamentals stink. Reality eventually intervenes. Watch that happen to GameStop.

Right now, the videogame retailer is held aloft thanks to the Robinhood/Reddit crowd, who have piled into the stock, partly to stick it to the financial establishment. Hedge funds that have sold GameStop short have had a punishing experience lately. But will this fad persist for the long pull. Ummmm, doubtful. Look for that huge share price to descend big time.

The basic problem for GameStop as a business is that it depends upon customers coming to physical stores and, yes, stopping there. But as market research firm Place.ai noted in a recent report: “We don’t need a video store to buy video games.” Foot traffic at the company’s stores has been on a steady decline, the firm stated, dipping 2.9% in 2019 and a scary 27.3% last year.

Nowadays, gamers prefer to purchase the latest iteration of Fortnite or Mortal Kombat online (83%, per the last count from Statista). Ditto for consoles like PlayStation 2. GameStop is a shopping mall fixture. Gamers, who are overwhelmingly young, aren’t hanging out at the mall anymore. And that trend started before the pandemic. The Place.ai report pointed out that the chain’s core weakness is “an outdated business model, reliant on brick-and-mortar stores, may ultimately be its undoing.”

The company has been losing a daunting amount of money over the past three years, as revenue slipped by more than a third. For the first three quarters of its current fiscal year (which ends Jan. 31), it was $1.2 billion in the red. By March, management said, it will have shuttered 1,000 stores.

In its most recent earnings call, executives touted their plans to expand digitally. GameStop did add Ryan Cohen, co-founder of Chewy, the successful online pet products seller, to its board.

Alas, this all may be too late. “In our view,” wrote Telsey Advisory Group in a report, “these are the right steps to move forward, but could take longer to generate results.” GameStop has a negative operating margin of 5% and return on equity, a vital metric for investors, is minus 58%.

For stockholders—excluding day traders here—the inevitable collapse of the share price will be dizzying. The question is when, not if, this will happen.

This is all too reminiscent of Pets.com and other dot-com darlings that fell apart in the shattering of the tech market two decades ago. Then, many of the doomed companies were startups that never had turned a profit, or even generated any sales. OK, the comparison is apt for GameStop only insofar as its fall will be sudden. The rap on GameStop in business terms  is that it is yesterday’s company, more like Xerox or Eastman Kodak, whose market declines were drawn out.

GameStop went public in 2002 at $18 a share. It peaked at $62 in 2007. Then came the financial crisis, which set things on a downward course. From there, the move of consumers to the Web accelerated. So as 2021 dawned, the stock was back to $18, its initial public offering price. Then the Robinhood crowd, pumped up by social media and thirsting to slam Wall Street honchos, decided to pile into it. Momentum took over.

The stock reached $396 on Thursday before Robinhood, answering a chorus of complaints from high places like the U.S. Congress, clamped down with trading restrictions. The price tumbled by almost half in a short period. With the partial lifting of the Robinhood curbs on Friday, amid howls from the brokers’ clientele, it shot back up to close at $325. This on a day that the S&P 500 dipped 1.9%.

Do these ionospheric prices sound sustainable to you? What happens when the Robinhood crowd moves on? Bank of America, in a recent report, put its near-term price target at $10, below its IPO number. The difference between $325 and $10 is breathtaking, and will be painful for somebody.