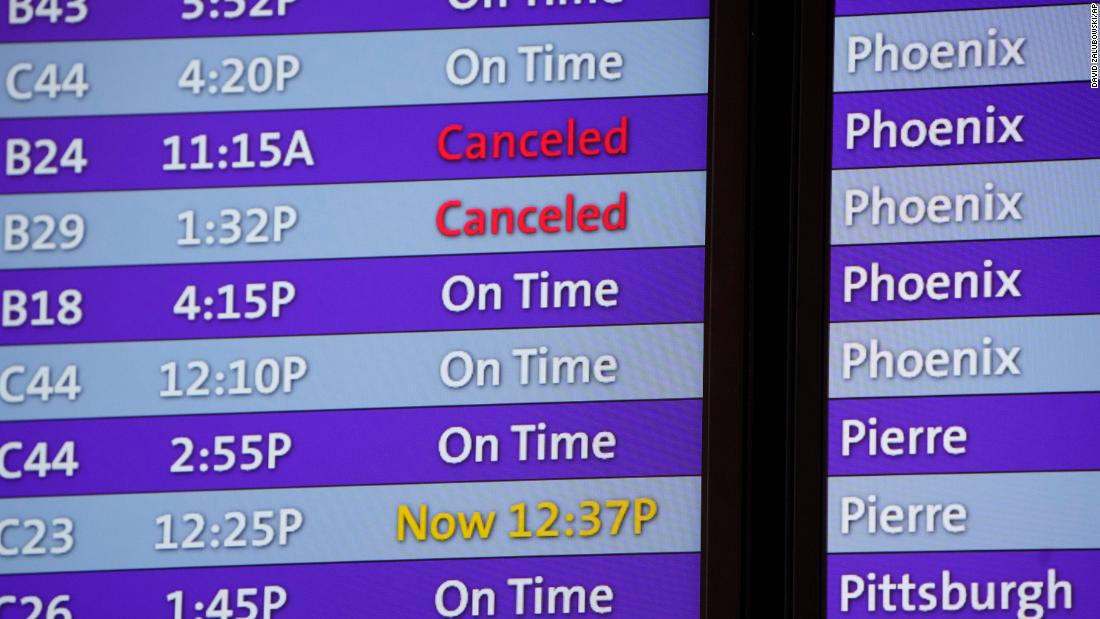 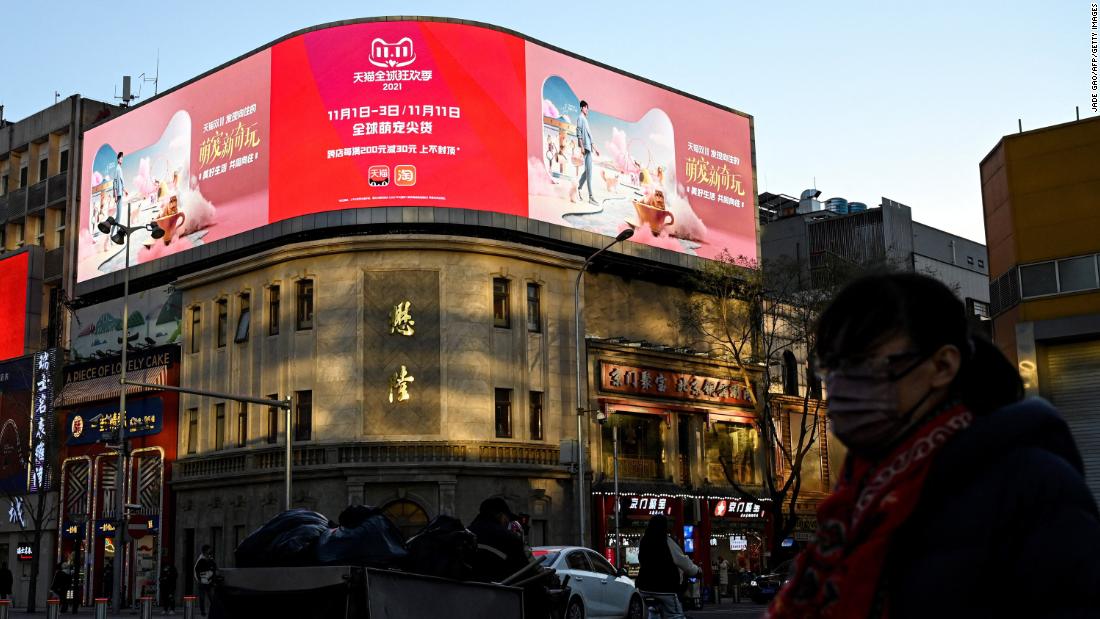 But the tone at this year’s bonanza is a lot more cautious than it has been in prior years, as companies contend with rising inflation in a slowing economy and a regulatory crackdown on their operations.
Alibaba (BABA) launched the first Singles Day Shopping Festival on November 11, 2009. The event, which is also known as Double 11, is pegged to China’s informal, anti-Valentine’s Day holiday that celebrates people who aren’t in relationships. The date — 11.11 — was chosen because it is written as four ones, or singles.

Since that first occurrence, Singles Day has ballooned into a shopping frenzy observed not just by Alibaba, but also by other e-commerce companies that offer their own steep discounts and promotions. Deals take place over several days or even weeks. It has also spread outside of China, with Alibaba’s Southeast Asia subsidiary Lazada offering deals in Singapore, Malaysia, Indonesia, Thailand and Vietnam.

Alibaba and JD.com may still reach new sales records this year. Analysts at Citi recently forecast Alibaba’s total gross merchandise volume (GMV) to reach as much as 578 billion yuan ($90 billion) through the first 11 days of November, a 15% increase compared to last year.

But that rate of growth would be a lot slower than in years last. Last year, Alibaba posted a 26% jump by that metric compared to a year earlier. The Citi analysts also expect JD.com’s GMV growth for the shopping period to slow to 22% to 26%, compared with last year’s 33%.

While the Citi analysts wrote in a recent report that promotional campaigns have “kicked off with strong consumer demand,” they added that they are “cautious” that overall sentiment could be hurt by a “weaken[ing] underlying economy.”

China’s economy is growing at the slowest pace in a year as energy woes, shipping disruptions and a deepening property crisis take their toll on the world’s second largest economy.
Inflation, meanwhile, has risen, which threatens to erode profit margins and the purchasing power held by consumers.

The cost of goods leaving China’s factories surged by another record rate last month — China’s Producer Price Index jumped 13.5% in October from a year ago — and there are now signs that the higher costs are trickling down. China’s Consumer Price Index rose 1.5% in October from a year ago, double the rate of the previous month and the fastest pace of increase since September 2020.

“On the one hand, the soaring input costs have significantly squeezed the profit margin for downstream manufacturers, which in turn limits the space to offer a large discount this year,” said Alicia Garcia Herrero, chief economist for Asia Pacific at Natixis, a French investment bank. “On the other, domestic consumption is not yet back to pre-pandemic level[s] and even online retail sales, which remained relatively resilient in 2020, have decelerated.”

This year’s shopping event is also being held under the shadow of a sweeping government crackdown over private business.

E-commerce firms have not escaped that scrutiny, and in many ways have been at the center of it. Alibaba was hit earlier this year with a record $2.8 billion fine for behaving like a monopoly, and the company has shed hundreds of billions of dollars in market value as Beijing’s reforms take shape.

JD.com, Tencent, Pinduoduo, Meituan and other companies have also been investigated or fined over alleged anti-competitive behavior.

A lot of companies have also rushed to donate billions of dollars from their own profits to government-based social causes, as President Xi Jinping makes clear his priority to redistribute wealth and achieve “common prosperity.”
Alibaba has pledged to donate 100 billion yuan ($15.6 billion) by 2025 in support of Beijing’s “common prosperity” campaign. Pinduoduo said in August it would give its entire profit for the June quarter to rural development projects in China, and expected to donate a total of 10 billion yuan ($1.5 billion) toward such causes. JD.com unveiled a plan late last year to “revitalize rural China” using money and its logistics infrastructure.
Singles Day has entered Beijing’s sights. On Saturday, the State Administration of Market Regulation — the country’s anti-trust regulator — banned e-commerce platforms from participating in unfair practices during the holiday shopping period, such as “raising prices of items before putting them on sale.”
Last week, the Ministry of Industry and Information Technology, which overseas the internet industry, summoned Alibaba, JD.com, Pinduoduo and Meituan and warned them against spamming consumers with marketing messages during Singles Day.

“The big internet platforms appear to be more cautious in marketing and promotions this year to refrain from breaching the antitrust regulations,” said García Herrero from Natixis.

Companies are also rushing to support government initiatives intended to boost social equality or to reduce carbon emissions — both among Xi’s top policy goals. Climate has been a particular focus, with China this week even pledging to ramp up its climate ambitions in an agreement with the United States. (China, though, is still the world’s biggest coal consumer and earlier did not sign on to a statement at COP26 committing to phasing out the use of coal.)

Alibaba said they would shift focus from pure sales figures — usually each year’s headline — to sustainability and inclusiveness.

“This year’s Festival marks a new chapter for 11.11,” said Chris Tung, chief marketing officer of Alibaba Group, in a statement. “We believe we must leverage the power of 11.11 to encourage sustainable development and promote inclusiveness to consumers, merchants, and partners across our ecosystem.”

The company said it will showcase energy-efficient products on its services and give out 100 million yuan ($15.6 million) worth of “green” vouchers meant to encourage people to buy more sustainable products. It also wants to reduce the event’s carbon footprint by recycling the packaging it uses.

The company also said it wants to support “vulnerable populations,” and its Taobao app has introduced a “senior mode” option. The new feature is designed to be more accessible for the elderly with an updated interface and voice-assisted technology.

JD.com also announced this year’s Singles Day will be “the largest one where renewable energy is used, and one where [JD.com] will push for a reduced carbon footprint.”